The Matrix Resurrections movie review: Film’s director Lana Wachowski brings together nostalgic elements that bind the film together but lacks the punch that the first film had…but to be honest, how many sequels live up to their predecessors?

It’s been 18 years since we saw Neo ‘The One’ save humanity from robots in a sci-fi world where we’ve been enslaved by the machines and we no longer know the difference between reality and illusion! I haven’t told you anything new until now and you’ll feel the same after watching the first half an hour running time of the recently released film ‘The Matrix Resurrections’.

Keanu Reeves’ Neo is back where he started off – being Thomas Anderson, only now he is no longer the illegal hacker of 1999 but a video game developer for Warner Bros (yes, that plug is there) who has made games that are (wait for it) the Matrix trilogy! And now he’s being asked to make a sequel to the trilogy (yes, the makers are being smug here). But does he look good!

Neil Patrick Harris is his analyst who’s fooled him until now and made him believe that this is the real world (where he’s making video games) while being controlled by machines that want to keep him away from humans who want their minds to be free (because they know what happens when Neo does his magic– from flying to beating his enemies with all the fighting skills possible and always escaping the agents).

Then there’s Trinity oops Tiffany who Thomas meets everyday at the same cafe but does not recognise. Only that he does but has no memories of where he knows her from. Both Keanu Reeves and Carrie-Anne Moss have aged gracefully and look old and we’re not complaining. Their chemistry sizzles like old times.

Film’s director Lana Wachowski brings together nostalgic elements that bind the film together but lacks the punch that the first film had…but to be honest, how many sequels live up to their predecessors? She brings the dingy industrial spaceships, robots with metal tentacles back to show what the real world looks like – much like what you’d remember from the original film. There’s also lots of action (obviously) and some kickass stunts but somehow it all pales in comparison to what we saw in the 1999 film. One thing good, however, is that the humans in the illusive world no longer need telephone booths to jump to and fro. So that’s quite a relief, given we’ve jumped two decades since the first film came out.

Also, probably because these days we see so much meta stuff around us that the idea of machines and Artificial Intelligence taking over our world doesn’t seem so dystopian anymore. Maybe we have accepted that fate already? Or is it fate, really? Maybe, all this is just an illusion and we’ll find a glitch soon.

Priyanka Chopra also finds a credible mention as she plays Sati. While her screen time is less, she gets a meaty, chunky role and she does justice to it. She plays a crucial role in getting Neo and Trinity together as the actress proves her acting mettle yet again.

The film released in theatres on December 22. 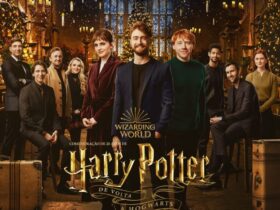