0 Shares
Sony Xperia Flashtool allows you to flash files onto S1 devices which range from Sony Xperia X10 to Z Ultra. The most popular usage of this flash tool is to flash FTF (Flash Tool Firmwares) onto compatible devices that you download using XperiFirm. Situations where you might find this tool handy include when you are trying to update your device to a new firmware or are stuck in a boot loop. The Sony Xperia Flashtool allows you some extra benefits as well. We will be discussing them all right below. Also, below, you will be able to find the latest versions of Sony Flash Tool available to download for Windows, Linux, and Mac.
As each manufacturer uses its own proprietary protocols, there isn’t a program that works for all. The Sony Xperia Flashtool tries to address the Xperia devices from Sony. This program also allows you to perform bootloader unlock which isn’t very common with flashing tools like this. Furthermore, it supports all the major Operating System variations. You can read further to find fast download links to this tool.
Sony Xperia Flashtool – Features :
Sony Xperia Flashtool is a very simple-to-use tool. Here is a quick list of some of the features of this utility:
Allows to flash FTF files
Sony Xperia Flashtool can flash FTF firmware on compatible Sony phones that utilize the S1 protocol. These FTF firmwares can be used to upgrade the OS or also, can be used to downgrade to an earlier version of the release.
Ability to unlock bootloader
The tool can be utilized to unlock the bootloader of the device connected easily. This makes it sort of an all-in-one scenario as you can unlock the bootloader and then proceed to flash files through this single tool.
Progress Log displayed
The activity and processes of the Sony Xperia Flashtool are shown directly to the user through the main interface. The log will help identify whether the flash process is running successfully and also indicate what a problem actually is rather than an unexplained error message.
Graphical User Interface
Sony Xperia Flashtool utilizes a graphical user interface which means you won’t have to type in manual commands to get things done. All functions are explained with clickable buttons which you can press to execute once the compatible phone is recognized.
Supports all Operating Systems
It is very rare that we see such tools offering such a wide range of compatibility. The Sony Xperia Flashtool supports Windows, Mac, and Linux. You can download the exact version corresponding to your Operating System from below.
Download Sony Xperia Flashtool
Get the latest version of Sony Xperia Flashtool from the download links given below.
Note from developers: C4 and C5 users please do not flash using Flashtool. It will brick the device. M5 users, please do use FSC when flashing or it will brick your device. 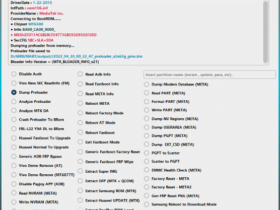 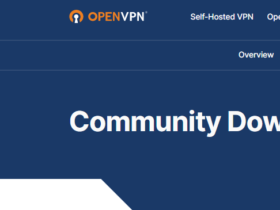