Uber Technologies Inc has launched an app called Uber Works. It will bring together temporary workers who want to work with businesses that are looking for people to shift or earn extra money during the active season.

The app is currently only available in Chicago, but the company plans to expand it further.

“Uber Works has a business dashboard, and we’re reaching out directly to businesses, including restaurants and others, to help fill the talent gap,” a Reuters spokesman said.

Uber said that Uber Works will partner with recruitment agencies such as TrueBlue Inc, which will hire and pay workers salaries as well as bonuses.

The drive to diversify its core business comes at a time when the US company is under scrutiny from regulators.

On January 1, a new law went into effect in California that turned out to be very disadvantageous for Uber. It aims to classify independent contractors as employees.

Uber has already reported a record $5.2 billion loss in the second quarter, the results of which showed a slowdown in revenue growth. This called into question the company’s ability to expand and curb competition.

Uber said revenue growth slowed to 14% to $3.2 billion and fell short of the average analyst estimate of $3.36 billion, according to Refinitiv’s IBES data.

The company’s core business increased revenue by just 2% to $2.3 billion. Uber Eats food delivery was up 72% to $595 million. 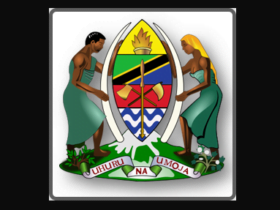 List of Most Boring Jobs in the World Revealed 2022