XIAOMI NEW AUTH TOOL ARRIVED IN THE WORLD
FEEL THE POWER OF THE XIAOMI KING TOOL
FLASH | UNLOCK 3 CREDITS ONLY 🔥🔥
NOW IT IS OFFICIALLY RELEASED
it allows you to flash or install stock firmware (ROM) on Xiaomi Devices. In addition, it helps you to flash or install fastboot firmware on the Xiaomi devices running on Qualcomm and MediaTek Chipset.
it is allowed users to unlock the device and unlock relock bootloader of the device with a single click only.
It is allowed users to factory reset devices and removes the screen lock.
It is allowed to remove mi account of any Xiaomi device with a single click only. you can perform this action on both Qualcomm and MediaTek smartphones.
Some more interesting features are soon rolled out in a new version, stay tuned to this post for more updates.

Compatibility: The tool runs perfectly on Windows XP, Windows Vista, Windows 7, Windows 8, Windows 8.1, and Windows 10 (32 bit and 64 bit).
Take a Backup: If you are willing to try the above tool, then please take a backup of your personal data from your Android Smartphone or Tablet. As flashing any Firmware or recovery may brick the device.
Credits: Xiaomi King Tool is created and distributed by the developer. So, full credits go to the developer for sharing the tool for free. 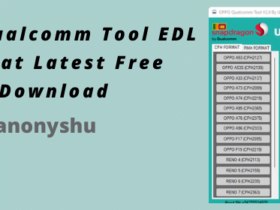 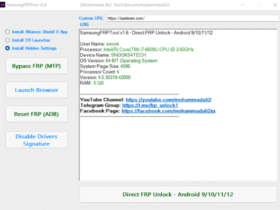