WBS (the same firm that owned and ran the ancient iBurst network in the past) morphed into the data network we have today as the company behind the Rain network. The corporation has access to very good radio frequencies that are perfect for operating a 4G/LTE network due to several historical events.

The fixed service, dubbed “5G at Home,” is currently confined to some suburbs of Johannesburg and Tshwane (Pretoria) in Gauteng province, with ambitions to expand to Cape Town, Durban, and other major South African metropolitan regions by 2020.

Rain deploys the 5G portion of the network using licensed frequency in the 3600 MHz frequencies. Rain can build a relatively small number of new sites while still providing significant coverage thanks to this frequency spectrum and the NSA design.

While the network claims download speeds of up to 700 Mbps, in Randburg and Rivonia, I only got 300 Mbps. The performance of a network is obviously influenced by a number of things.

A minimum download speed of 80 Mbps is required before the service may be launched.

Rain’s 5G is currently only compatible with their fixed 5G routers because it is not a mobile service. Rain supports the Huawei 5G CPE X (indoor/outdoor) and Huawei 5G CPE Pro (indoor only) routers. According to reports, the devices on offer are network-locked.

According to Rain, the Huawei 5G CPE Pro unit cannot be switched out for the CPE X unit. So, if you joined “too early,” like I did, you’re stuck with a router that can’t be installed outside, unless you buy and connect an external antenna to it.

This was Rain’s first service offering, and it’s available in all of South Africa’s main cities and towns.

Rain’s current LTE service offering includes an unlimited data model during off-peak hours, with peak hours falling between 6 and 11 p.m. During peak periods, users can set a limit on how much data they want to consume per month. The cost of the service is R250 per month.

Rain also has a second pricing model that costs R50 per gigabyte of data for individuals who don’t want to go with the unlimited plan.

If you live in Rain’s coverage area, you can sign up for the service through their website. When the courier delivers the SIM pack, you’ll need to have your ID or passport on hand.

Another alternative is to get the SIM pack for R1 from Takealot.com. You’ll need a South African ID Book or Smart ID if you choose this method. You would be responsible for completing the RICA process on your own via the internet.

Within an hour of successfully registering the SIM, it would be operational.

Fixed LTE is no longer available.

It also offered a fixed-LTE service through independent Internet Service Providers (ISPs) like as Afrihost and WebAfrica, however this was canceled owing to network capacity problems after its network became overburdened.

The B3 1800 MHz and B38 2600 MHz bands/frequencies are used by Rain. On the rain network, any smartphone, tablet, MiFi device, or LTE router that supports those bands will function.

I’ve been using their 4G and 5G services for several months and have formed an opinion.

If you require a fiber alternative and live in an area lacking fiber coverage, Rain’s 5G network is a good value for money. Because load-shedding reduces uptime, it may not be the greatest option for a business. As of February 2020, this is a fixed service that is not available on smartphones.

At R250 per month, their 4G mobile service provides good value for money — most of the time. The network’s quality varies depending on where you are. It might be extremely fast in some places and quite average in others. For example, there is no coverage in the OR Tambo International Airport terminals and just countrywide coverage. 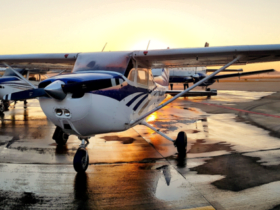