IPTV is Internet Protocol Television, an acronym that you have seen a lot in recent years and that refers to this technology used for the distribution of video signals using an IP protocol. In other words, the technology takes advantage of the TCP/IP protocol to transmit video in real time and thus watch television channels, series, programs, etc. But, for this, we need programs or compatible software. And that is where IPTV Smarters has become one of the essentials, one of the best programs to see IPTV lists.

What is IPTV Smarter Pro

IPTV Smarters is a multi-device application that allows us to use and view IPTV links on all kinds of devices. It is one of the most complete that we can use on Android on mobile phones and tablets, but also on other devices such as sticks or boxes for televisions with this operating system. It is a very complete and legal option, although it depends on the use we make of it and what you use it for.

One of the strong points of IPTV Smarters is that it is very easy to use and very easy to install, without the need for complicated configurations. In addition, it has many options and functions available such as the possibility of viewing multiscreen with PiP or playlists of series, movies and many other tools.

What stands out about IPTV Smarters Pro as a program? There are a number of advantages , features or functions that this popular IPTV software has.

Compatible with streaming, live streaming of series and movies
TV Show Guide
Auto play next episode
Support for PiP or Picture-In-Picture
Compatibility with external players
Support for multiple screens
Possibility to control and change the size of the buffer
Compatible with M3U files
Compatible with links and uploading of them
Integration with VPN in case you need it
Ability to load playlists
Ability to open channel lists in the player
Possibility, in addition, to open lists of episodes in the player
In addition, there is a premium version that offers a series of improvements:

Parental control
EPG Source Manager
master quest
Speed ​​test and VPN integration
Player selection and external player support
PiP view compatible
This Premium version has a price of only 1.62 dollars that is paid only once and we can register from the official website of the program or we will also find the payment link from the available applications.

Your app and how to download it
The application is available for Android, this being the most used operating system to download it, but also on other devices or operating systems. On Android, it has more than five million downloads and is compatible with any version equal to or greater than Android 4.2, so we won’t have compatibility problems if we want to have it on our mobile phone. In addition, the web also allows us to download directly through the APK to automatically install it on our Android phone or tablet.

If you have an Apple device, we can also download it on iOS for both compatible mobiles and tablets as well as for Apple TV. From the App Store, they indicate that it is compatible with any version of iOS or iPadOS greater than 9.0. In the case of Apple TV you need tvOS 11.0 or later to be compatible and to use it.

We can download it on a computer. OPTV Smarters pro is available for Mac and Windows by downloading it from its website. Just go to the download section and choose the type of device.

In addition, we can also download it for Samsung and LG brand televisions. Or for devices with Android TV or similar such as Fire TV Stick, Nvidia Shields and other sticks whose customization layer or operating system is based on Android. In fact, from the website itself they write the following: “The Samsung Smart TV application is an incredible video streaming player that provides the ability to watch live TV, movies and series to your customers on their Smart TV.”

Install IPTV Smarters Pro on SMART TV LG and Samsumg
If you want to know how to install it on your LG TV , the first thing you have to do is turn it on and select Home on your remote. Then you will search for the app store LG Content Store and open it. Search for the app and click on the first result that appears with that name, download and install it. You already have it and you can use it to play video or add M3U lists . To do this, you just have to copy the URL link of the list and the available channels will be synchronized. Be careful, if it doesn’t work for you, it’s because your TV is from the previous year or because you haven’t updated the operating system.

To install it on your Samsung TV you just have to go to the app store and look for it in the list. To add a user once installed you will have to give the name, access user, password and URL of the server to which you want to connect. You can add the users you want. You can configure it from the gear icon that says General Settings. To view live channels go to Live Channels.

One of the main problems with IPTV Smarters is that it has suffered all kinds of closures due to fraudulent use of the application. It is totally legal, one of the most complete and most comfortable to see IPTV links on any device. The application was and is a mere player in which links could be inserted. However, the app was removed in 2019 without notice . The company that manages it, New Spark Technology, stated that the removal occurred after someone denounced the app in the Play Store, which they state that “like many of the ones we receive, it is false”. This was the third of many times the app has been removed from the store. Now, luckily, it’s back and we can download it, but you should keep in mind that closures are common and it may temporarily disappear and reappear after a few days.

In fact, in 2019 IPTV Smarters added a message on its website making it clear that the use of the app is not intended for illegal content . They explained that “they do not support the use of their software by third parties for streaming and subscriptions, and we respect intellectual property rights and do not support their infringement by third parties.”

It doesn’t work, what alternatives are there?
If IPTV Smarters Pro does not work or is closed again, it does not mean that we cannot see IPTV lists because there are many alternatives that fulfill the same function.

Kodi is probably the most complete and used tool for this purpose. It has the advantage that it offers us all kinds of tools and options to create a multimedia center, but this can also be a disadvantage or inconvenience for many people who are looking for something simple and comfortable without many options or customization. Kodi is a good option and compatible with practically everything. One of the best features of Kodi is the ability to install add-ons of all kinds, and this is exactly where its magic lies. If you wish, you can install the necessary add-ons to bring your favorite streaming platforms such as Netflix or Disney+ into Kodi, and that without the need to install any type of additional application.

It is true that it can be somewhat “tedious” if you are looking for something simple, but the options it offers are very good. We have the possibility to configure a good number of sound and image parameters , and we can even force features such as HDR for content from streaming platforms, something that these obviously do not allow natively. Kodi is available for Android, iOS, Windows, Linux, Raspberry Pi, and other Apple devices like macOS and tvOS . We just have to go to its website to find the version we want and download it.

The IPTV application on Android is a good alternative if you are looking for something easy to use, complete, basic. It is very intuitive and very easy to use, and it is compatible with all Android devices on the market, regardless of their characteristics. It has support for M3U and XSPF playlist and playlist history, for example. In addition, it allows us other options such as various types of view (grid, mosaic, list…) or parental control if we want children to use it. The app also gives us the possibility to store or classify our channels by lists, as if they were folders. This makes its interface even simpler, and where of course it will be impossible for us to get lost.

This app in particular is the exact opposite of the previous one (which is much more complete), but we can’t say that it’s bad for that. It also has an optional Pro version for which we can pay if we want to remove advertising or access benefits and features such as autoplay, history, etc.

We can download it from the Google Play Store and start using it with our lists. 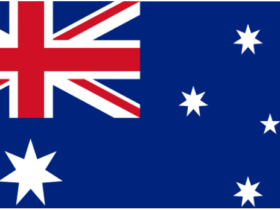 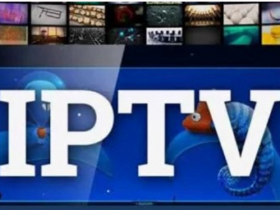