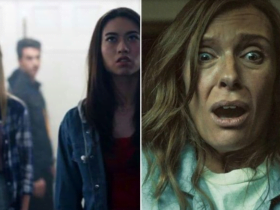 Today in History: October 17, Einstein arrives in the U.S.

On Oct. 17, 1933, Albert Einstein arrived in the United States as a refugee from Nazi Germany.

Today in History: October 17, Einstein arrives in the U.S.

In 1610, French King Louis XIII, age nine, was crowned at Reims, five months after the assassination of his father, Henry IV.

In 1777, British forces under Gen. John Burgoyne surrendered to American troops in Saratoga, New York, in a turning point of the Revolutionary War.

In 1807, Britain declared it would continue to reclaim British-born sailors from American ships and ports regardless of whether they held U.S. citizenship.

Arab oil-producing countries indicated in 1973 that they would start reducing their oil supply to Western countries and Japan; this led to a complete embargo that lasted until March 1974.

Mother Teresa of India received the Nobel Peace Prize in 1979.

A 6.9-magnitude earthquake that rocked northern California in 1989 claimed 63 lives and left $6 billion in damage.

After fleeing Hurricane Michael in 2018, residents of Mexico Beach in the Florida Panhandle returned home to discover homes, businesses, and campgrounds in ruins. The storm had destroyed more than $25 billion worth of property in Florida, Georgia, the Carolinas, and Virginia, and killed at least 59 people.

A Bangladeshi student was detained in an FBI sting operation ten years ago when he attempted to blow up a counterfeit 1,000-pound truck bomb outside the Federal Reserve building in Manhattan, according to federal authorities in New York. The punishment for Quazi Mohammad Rezwanul Ahsan Nafis was 30 years in prison.