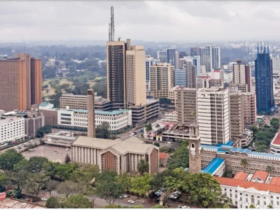 Consider yourself alone in a hostile environment. You must manage your hunger, thirst, and shelter while also protecting yourself from the violent people of your new environment. This is a nightmare for most people, but it is a paradise for aficionados of the open-world survival genre. Games that follow this concept, such as Green Hell and The Forest, provide some of the most intense gaming experiences available. And, despite their difficulty, they are among the most popular games accessible.

If the following games are any indication, the open-world survival genre will continue to dominate for a long time. With these Top 6 Upcoming Open-World Survival/Crafting Games for 2023, you may practice your survival and crafting skills. 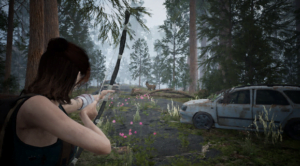 THE PARASITES The impact of a massive meteorite on the Earth’s surface in the not-too-distant future destroys the majority of humanity. As if the extensive devastation caused by the meteorite wasn’t enough, it also brought with it a parasitic infection that continued to wipe out everybody who became afflicted with it.

As one of the few uninfected survivors, you must explore, survive, and create your way to safety. This is The Parasites, a survival game inspired by The Forest that has a demo available on Steam.

Rooted, a Kickstarter project from Headlight Studio, is as ambitious as any AAA survival game. It has players exploring a huge open landscape in the year 2100. Bacterial warfare has converted the planet’s surface into a post-apocalyptic wasteland for decades, and you are part of a small community of survivors.

You’ll construct communities, explore the remains of a fallen civilisation, and craft crucial tools and weapons to stay safe in this dying world in either single or multiplayer mode. Keep a look out for this survival game powered by Unreal Engine 5.

Erisen Island was formerly a tranquil haven. However, as a result of the results of a covert experiment known as Project Pendulum, the island’s population have… changed. The island is now entirely closed off and sealed down, and sinister green lights emanate from it at night.

As Detective Howard Chapman, you’ll sneak onto the island to figure out what happened there. However, once there, you will confront horrors you could never have imagined. You may try Outbreak Island by downloading Outbreak Island: Pendulum from Steam.

The previous games on this list were mostly set in reality. If you’re searching for something a little more fantastic and imaginative, perhaps Inflexion Games’ Nightingale will fit your needs. Become a Realmwalker and journey between stunning randomly generated Gaslamp Fantasy realms, making and surviving alone or with a group of buddies.

Arm yourself to combat the Fae creatures known as the Bound, monsters, and even other human gamers. There is no limit to the things you can uncover in Nightingale, so keep an eye out for its release in 2023. 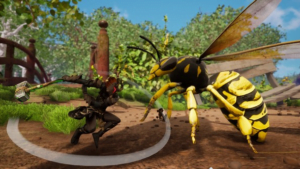 In Merge Games’ SMALLAND, you must survive the wild outdoors as a humanoid bug fighter, with the perspective of a little creature who sees our everyday world as a massive, amazing thing. The lore of SMALLAND and the tale behind the humanoid protagonist will be gradually revealed to you as you complete tasks, but you’ll have to contend with shifting weather, food scarcity, and predators like owls in the interim.

SMALLAND is set to enter Steam Early Access shortly, so you won’t have to wait long to live out your Honey I Shrunk the Kids fantasies.

Denis Villeneuve’s Dune picture from 2021 successfully caught the core of the original tome while injecting it with plenty of action. Fans of the film have only had one current Dune game to accompany it, and it is a 4X, turn-based strategy game.

Fans searching for something a little more action-oriented might start looking forward to Dune: Awakening. Dune: Awakening, a survival/crafting MMO set on the arid desert planet Arrakis, was just unveiled at Gamescom with an outstanding pre-rendered trailer.

Explore the planet with thousands of other players while avoiding the planet’s various natural perils, including the renowned sand worms. When Dune: Awakening is published, channel your inner Timothee Chalamet and become a hero of Arrakis. 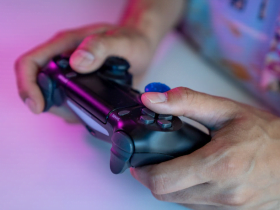 Top 10 list Richest Pastors in Africa and Net Worth 2022 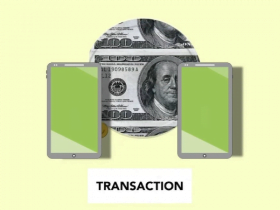 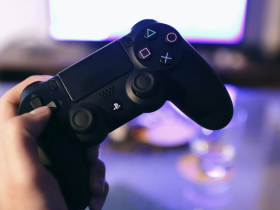