Which Universities Will Consider a Low UCAT Score? – anonyshu 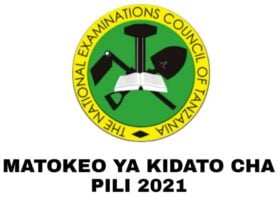 Contents hide
1 What Constitutes a “Low UKCAT Score”?
2 Is a low score a major issue?
3 Universities in Cardiff with a Low UKCAT Score
3.1 Birmingham
3.2 Bristol
3.3 Exeter
4 The University of Queen’s Belfast
4.1 finally
4.2 Related

Not all medical schools in the United Kingdom require a high UKCAT score.

Continue reading to find out which universities accept low UKCAT scores and what they consider during your application instead. Sure, you have a low UKCAT score, but that is not the end…

What Constitutes a “Low UKCAT Score”?

There is no clear distinction between a “high score” and a “low score,” but you can get a general idea by looking at average UKCAT scores over the last few years.

In general, if your average score for the four cognitive skills sections of the ukcat is less than 600, and you score a Band 3 or lower in your Situational Judgment section, your marks will be considered low.

If you scored around 550 on average with Band 4, you would be in the bottom 10% of all candidates taking the exam (based on results from 2018).

Is a low score a major issue?

In general, universities that have cut off points for ukcat scores from their applicants will not accept you if you have a low score.

A low score does restrict your options.

However, the UCAT is only one component of a medical application, and some universities regard it as a minor consideration in comparison to other factors such as your GCSEs, predicted A levels, and personal statement.

If your UCAT test date did not go well, you can also take the BMAT, which opens up many other incredible medical schools.

Universities in Cardiff with a Low UKCAT Score

For applicants with a low UCAT score, Cardiff is an excellent option. Universities such as Cardiff select candidates for interviews solely on the basis of other aspects of the application.

The UCAT score is only considered in borderline cases, so there are plenty of other ways to stand out to the admissions tutors at Cardiff.

Applicants at Birmingham are assigned points based on their UCAT score and academic achievements. However, the UCAT score only counts for 30% of the points allotted, so if your grades are strong enough on their own, you should be able to get an interview.

Bristol’s system is very similar to Birmingham’s, in that the UCAT counts towards the applicant’s points. However, because Bristol only recently adopted the aptitude test as part of its selection process, it currently only accounts for 10% of the available points.

Keele Keele is one of the universities that has a minimum cut off point for an applicant’s UCAT score. However, the cut-off score has historically been very low, typically around 580 on average, allowing students with relatively low scores to be considered.

The University of Queen’s Belfast

Hopefully, this article has shown you that even with a low UCAT score, you still have a lot of options.

Universities, as demonstrated, have different requirements.

So don’t be concerned if the exam does not go well for you; it is not the end of the world!

Also, keep in mind that you can always change your path slightly and apply to universities that require the BMAT instead.

Do you have a low UCAT score? Don’t worry, it’s not too late to secure that spot.

It simply means that a strategy shift is required. Whether you’ve been thinking about taking the BMAT or not, now is the time to get started.

At this point, it is your best chance of getting a job. You still have time to excel on the BMAT if you put in the effort and let our tutors assist you. 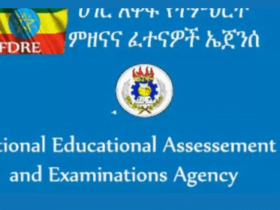