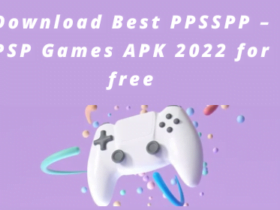 Before Android OS became popular, mobile games were downloaded on java and Symbian phones from sites like Waptrick. Wapday, Mobango, Mobile9, Share mobile.ro, Getjar, Sefan.ru, and so on, but things have changed for the better in the mobile gaming industry.

We have moved on from Java, Symbian, and Blackberry devices to more technologically advanced Android smartphones which offer support for HD games with cool features.

Today, there are so many offline football games available for download on Google Play Store and some third-party sources which also offer downloading services for modded games.

The Android platform is filled with several football games that you can play online and offline. You can confirm this by heading over to the play store and typing “football” or “soccer “.

While online games provide you the opportunity to enjoy real-time gaming against someone else online; however, many users prefer to play offline football games due to many reasons.

For instance, playing an offline football game means you don’t have to worry about data connection and subscription. Also, it implies that the game’s data has been preloaded and everything you will ever need, albeit performance purchases, is already made intact.

Also all the games listed in this article have the option to customize the game and your team according to your preference. These offline football games can also enable you to compete against friends if you so wish in what is called multiplayer mode.

Personally, I have been an addicted fan of DLS 22 as it’s shortly called. Dream League Soccer is one of the most downloaded and most played offline football games on Android.

The game is highly customizable as users can build and manage their teams, organize training sessions, buy players, upgrade stadium, set formation, design Jerseys as well as play friendly matches for practice before going into a competitive match.

As a beginner, you start from the lowest division with a low quality squad and gradually move up till you attain the highest point.

The Elite Division is where the game becomes intense and nothing is guaranteed. The graphics are quite realistic. The free kick is amazing as you control the swerve and height of the kick.

There are many trophies to be won when you play dream league soccer offline on your Android device including the Global Challenge cup, All Stars Cup, Dream League Cup, Champions League and lots more.

Dream league soccer also has an online mode which is a multiplayer mode where you play against opponents from different parts of the world online.

Also known as FTS 22, first touch soccer is another popular offline football game that is compared with Dream League Soccer because of so many similarities in both games.

In this game, users can win matches to earn points which can be used to upgrade their stadiums in order to gain qualifications into higher divisions. The more matches you win, the more strength your team gets as well as a balanced team chemistry and individual performances.

One of the best features of FTS 22 is that the graphics is amazing even with its below 300mb file download size.

Although 80% of PES 20 gameplay is online, there are still offline matches you an play. In 2020, Konami rebranded the game and named it “efootball 2022.” If you are a real gamer reading this piece, you will agree with me that Pro Evolution Soccer and FIFA are the best football games both on mobile, PC, Playstation and consoles hence the fierce rivalry between the two.

But in recent years, gamers has preferred PES over FIFA because most versions of PES offers offline features for Android users and the 2022 edition is one of them. In fact, some developers has moved on to create a modified version of PES for 2021 as well as its ISO files.

Developed by Konami, PES allows you to feature in Nations’ Cup, World Cup, League Cup, Champions League, and many others.

Among all the football games mentioned on this list, PES features the best graphics and just like, FIFA 2020, PES has stunning designs and intuitive gameplay that makes this offline football game so addictive on any Android device.

The controls are quite easy to use and comprehend. The game also comes with more than 10,000 players which you can customize to your own liking. Another high point of this game is that you can make your team a combination of past legendary players and the best players of the game presently.

Just as the name implies, this is the mobile version of popular FIFA football game that is now available on google play store for Android users to download and play for free.

FIFA is a direct competitor to PES (Pro Evolution Soccer). While some gamers prefer FIFA, others prefer PES. Nonetheless, FIFA Mobile Soccer is easily one of the very best offline football games for Android in 2020.

If we should go into the debate of which is better between FIFA and PES, you will notice that it will be an evenly contested debate because both gaming platforms have huge fans spread across the globe.

Comparing FIFA and PES is like comparing C. Ronaldo and Lionel Messi. You see it’s not an easy debate.

This game has excellent graphics and the gameplay is jaw-dropping. If you followed the FIFA World Cup in Russia, and you would love to have a feel of the thrill, your best bet is the FIFA Mobile Soccer 2020.

In this game, you can be part of the 32 qualified teams for the grand tournament. You can tweak your team to your preference in as many times as you want. There are no limits to this game. None!

RF is one of the oldest football games as it has been available since the days of Java phones. The game doesn’t offer best graphics as PES or FIFA but loved by some people because it doesn’t take up much device memory and plays smoothly on most Android phones running older versions and lesser memory sizes.

Real Football is exclusively a national team game where you have the chance to compete for international tournaments with your selected team. Some countries featured in this 2022 version are Belgium, Germany, Argentina, Brazil, France, England, Senegal, Croatia, Nigeria, Uruguay, etc

Don’t get it twisted, FIFA Soccer is entirely a different game from FIFA Mobile. While the former is stripped version of regular FIFA game, the later is a game that is similar to dream league soccer as it allows you build your own team, this time centering it on super star C Ronaldo.

The new AI engine and team chemistry in the 2022 edition makes FIFA Soccer one of the football games to watch out for in 2022. The download size is unbelievably just 64mb.

Winning Eleven 2022 is a modded version of WE 2012 as Konami has discontinued further release of the game after it was rebranded and renamed Pro Evolution Soccer.

But that notwithstanding, many people didn’t want to let go of the prestigious game so they went ahead to release a mod version of the game now called “winning eleven 2012 mod 2022”.

One of the popular features of this game while people still stick to it is because it gives gamers the opportunity to see some popular football legend stars like Ronaldinho, David Beckham, Zidane, Roberto Carlos, Luis Figo, Jay Jay Okocha and many other legends on the pitch.

In fact, Winning Eleven is a mixture of old and new footballers.

Top Eleven is slightly different from the rest of the games on this list because in this game you are only the manager. You carry all the managerial activities required in a club.

You do not have any direct impact on the result. All you can do is give instructions and set your team to play. Nonetheless, the game allows you to customize strategies and formations; you can also pick your favorite players in this game.

That’s all about the best 8 football games you can download and play on your Android device for free in 2020. 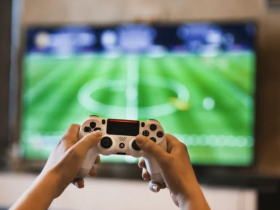 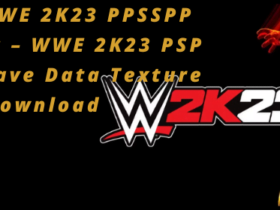